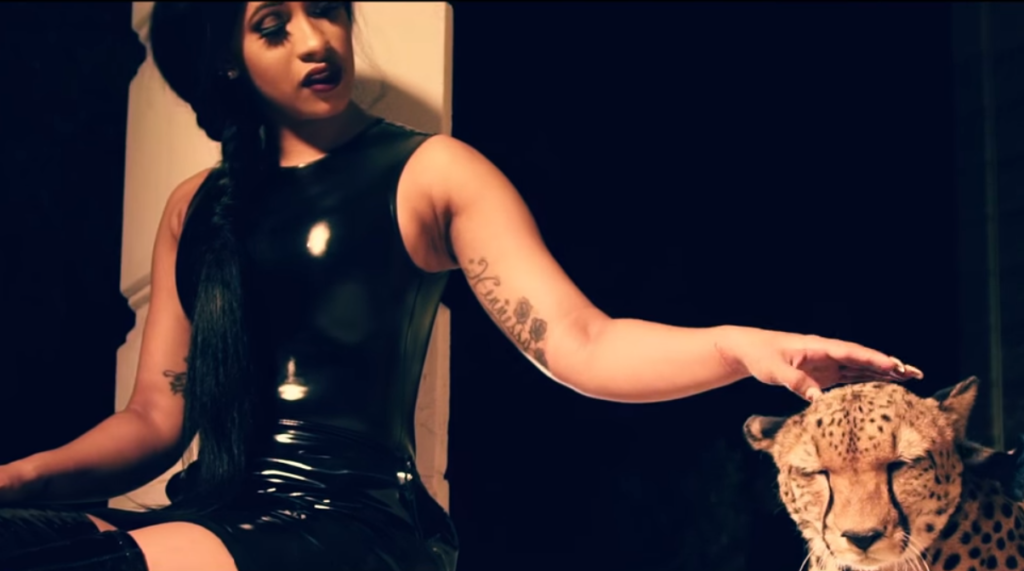 Cardi B landed her biggest single to date when she dropped “Bodak Yellow,” a confident track that finds the Bronx native adopting the flow Kodak Black used for his song “No Flockin” three years ago—hence, the obvious Kodak reference in Cardi’s song title. Now, things have come full circle, as Lil Kodak has just hopped on the “Bodak Yellow (Remix).”

As cool as it would have been, Kodak opts against using his famous “No Flockin” flow, instead using a delayed, staccato delivery to kill the instrumental. He still turns in a solid verse, though.

“I ain’t worried ’bout her, that’s an old hoe/You thought I was comin’ with my old flow/Kodak ain’t comin’, take no photo/I don’t even pull up in a four door/I just hit a lick, hit the low though/All my life smokin’ on JoJo,” Kodak spits on the track.

While Kodak’s verse might have seemed innocuous—at least, as innocuous as his verses can get—Chicago rappers like Lil Reese, P Rico, Rico Recklezz and King Yella weren’t feeling it. Apparently, they believed his line about smoking “JoJo” was a shot at slain Chi-Town MC, Lil JoJo. In actuality, “JoJo” is Florida slang for weed.

In any case, Kodak’s hopped on Cardi B’s remix, and everything is right in the world. Listen to the “Bodak Yellow (Remix)” below and cop it on iTunes.